Window on the West 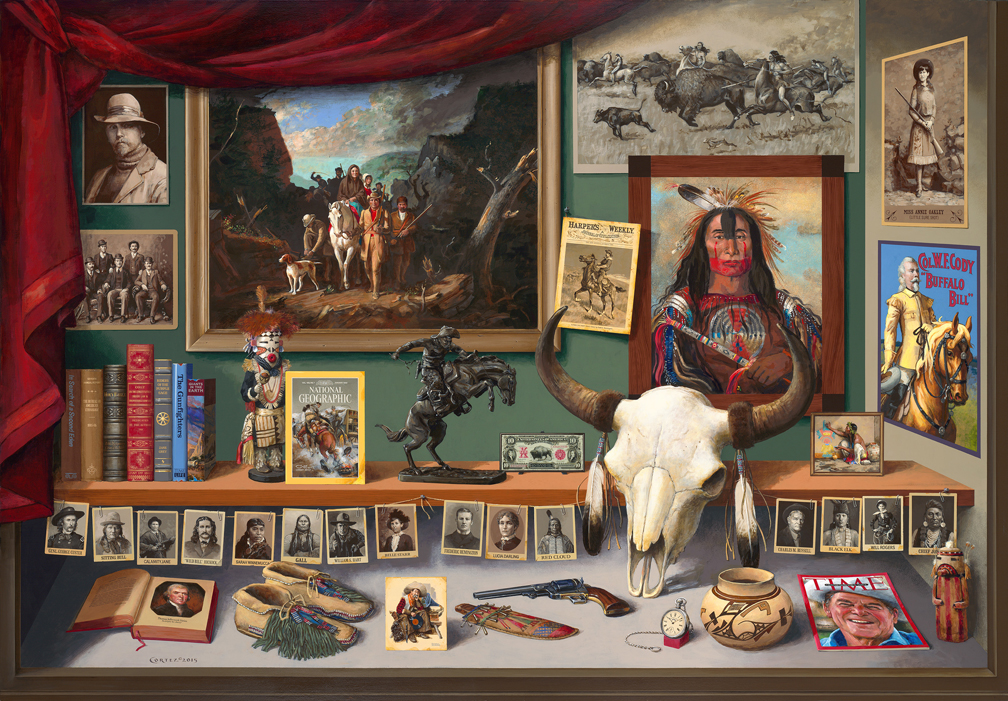 Acrylic on mahogany panel, 42 by 60 inches

In 1801, when Thomas Jefferson became president, two out of every three Americans lived
within fifty miles of the Atlantic Ocean. To our west, France owned the vast, largely
unexplored Louisiana Territory where Napoleon hoped to establish an empire in the New
World. In 1802, Jefferson offered to buy the port of New Orleans from France but Napoleon
Bonaparte, strapped for cash to fund his wars, counter-offered to sell the entire Louisiana
Territory, 820,000 square miles, for $15 million––an amount which was twice the federal
budget. Jefferson more than doubled the size of the country with a stroke of his pen.
The purchase was called “Jefferson’s Folly” by many. Today we know Jefferson’s vision as
the birth of the American West. This painting documents exactly 200 years of the West’s
history; from 1804 when Jefferson dispatched Lewis and Clark’s expedition, to 2004 and
the passing of our first truly western president, Ronald Reagan.

On back wall:
Edward S. Curtis self portrait photogravure 1899

On the shelf:
Albert Bierstadt (1830-1902)
“Emigrants Crossing the Plains”  The Butler Institute of American Art