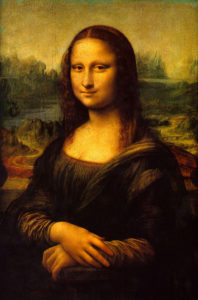 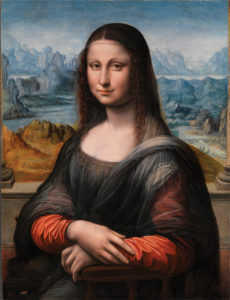 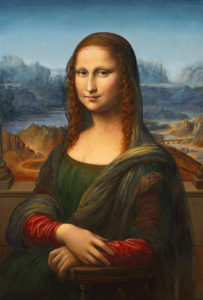 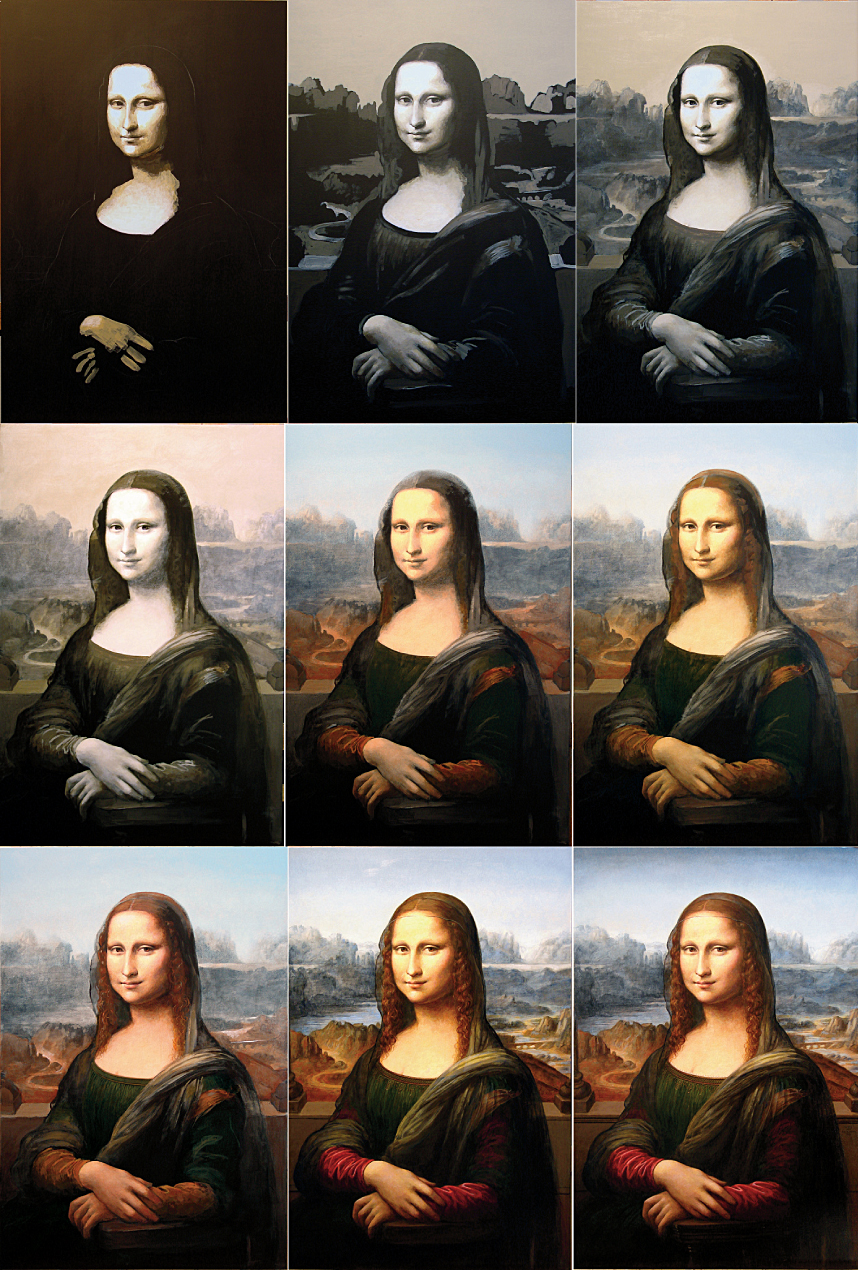 After a year of scholarly research, internationally acclaimed artist Jenness Cortez announced her completion of a new painting that depicts Leonardo da Vinci’s “Mona Lisa” masterpiece as she believes it appeared at completion in the early 16th century. Commissioned by a private American collector, the Cortez work is said to incorporate several compositional elements from the recently restored Prado Museum copy.

Having fulfilled her assignment to convey the impression Leonardo’s painting made when it was newly completed, Ms. Cortez immediately distanced her accomplishment from the original work by noting, “I make no claim to have equaled the great subtleties of the master’s technique. However, my best scholarship, experience, intuition, imagination, passion and skills have gone into producing this conceptual reconstruction. Even though I’ve embraced Leonardo’s ‘obstinate rigor’ throughout this project, I like to think that there was also a little help from the same playful muse that whispered to Leonardo while he worked. I hope this imagined Lisa will be a pleasure to all who view her.”

According to renowned researchers and conservators, numerous visible changes in the “Mona Lisa” have occurred over time as the results of one or more of five causes: 1. the darkening and yellowing of varnish, 2. the disappearance of fugitive pigments, 3. natural chemical changes that have altered pigments’ original hues, 4. overzealous cleaning, and 5. movement within the poplar panel (as the wood continually expanded and contracted in response to changes in humidity.)

For an understanding of the science behind these and other factors Ms. Cortez closely relied on the findings of the French Center for Museum Research and Restoration (FCMRR) laboratory studies conducted in 2004. Their discoveries, together with historical records, the Prado Museum copy of the “Mona Lisa” made by a contemporary of Leonardo, and her own experience as a painter, have suggested the following alterations which she made from the present day appearance of the painting.

1. Many areas of the painting have been lightened and brightened to correct 500 years of varnish discoloration that disguises color and value, and obscures details. The FCMRR states that blues, browns and greens have suffered most, so they have been given special attention.

2. Slight color changes overall were made in accordance with FCMRR analysis of pigments, with an understanding of how these pigments would have responded to time, light and varnish.

3. The surface crackle patterns, which are primarily a result of persistent panel movement that has broken the paint film, have been eliminated.

4. Certain details destroyed in early, over-intense cleanings have been reconstructed. For example, in areas of the shadow between the bridge of the nose and the right eye and on the chin, glazes that have obviously been lost have been restored. Cortez believes it is likely that there have also been more subtle losses. There are faint, unexplained paint traces on Lisa’s chest, where the top of the bodice meets her flesh. Their presence convinced her that the delicate white trim of the bodice, a detail quite visible in an Italian Renaissance copy (in the collection of the Prado Museum), does indeed record what Leonardo painted. That recently cleaned and restored copy was made by an anonymous painter during Leonardo’s lifetime and presumably documents the original appearance of the “Mona Lisa”.

5. The Prado Museum copy also shows highlights in the eyes, although none appear today in the Louvre painting. On that point, Cortez referred to Giorgio Vasari, who wrote the earliest description we have of the “Mona Lisa” in his 1550 book, “Lives of the Most Eminent Painters, Sculptors and Architects.” Less than 50 years after Leonardo completed the “Mona Lisa”, Vasari commented that, “The eyes have that lustre and watery sheen which are always seen in life.” Cortez has returned the sparkle to Lisa’s eyes.

6. The painting’s monotone appearance today is likely due in part to Leonardo’s extensive use of fugitive, organic pigments in thin glazes. The FCMRR found most of the modeling of the face and hands to now consist of only burnt umber over lead white. However, Vasari refers to the “rosy and tender” nostrils, the “red of the lips,” and the lively skin tones that seemed to be “not colors, but flesh.” Certain reds, (“lakes”) made from the bodies and secretions of insects, were widely used in the Renaissance, but have often lost their color with time. In the “Mona Lisa’s” case that loss was perhaps accelerated by their use in Leonardo’s fragile glazes, which would have been especially vulnerable to insensitive cleaning.

7. The sleeves that now appear as a bronze color may have been glazed with one of those fugitive reds, as the Prado Museum copy suggests, or with another color. Red seemed to be the logical choice to Cortez, although there is no specific mention of it in the FCMRR studies.

8. Lisa’s eyebrows (or lack thereof) contribute greatly to her enigmatic expression. Cortez has only slightly enhanced the brows, but we know they were once more visible. Their subtlety impressed Vasari: “The eyebrows, through his having shown the manner in which the hairs spring from the flesh, here more close and here more scanty, and curve according to the pores of the skin, could not be more natural.” Cortez chose not to further speculate on the arch, size and color of the eyebrows, feeling that any misreading on her part would irresponsibly alter the “Mona Lisa’s” expression, and could seriously misrepresent Leonardo’s intention.

9. Lisa’s hair, which today appears to be nearly black, was probably a warm chestnut brown according to sophisticated technology the FCMRR used to approximate the colors as they would have appeared before the varnish blackened with time. The rendering of the hair was suggested by Leonardo’s technique in his two versions of “The Madonna of the Rocks.” (The lighter color and fine texture of her hair do make scanty eyebrows seem a definite possibility.)

10. All over the painting, small details that are now rendered invisible by the old varnish have been painted in accordance with the revelations accomplished by the FCMMR’s innovative imaging techniques.

11. Throughout the reconstruction process, Cortez chose to lighten, but not completely abandon the darkest chiaroscuro effects, believing that Leonardo consciously employed them in this painting (as he did in others) to enhance drama and mystery. Although the blackening of varnish has no doubt intensified the darks, Leonardo’s treatise on painting makes it clear how highly he valued the impact of soft, theatrical light and deep shadowing.